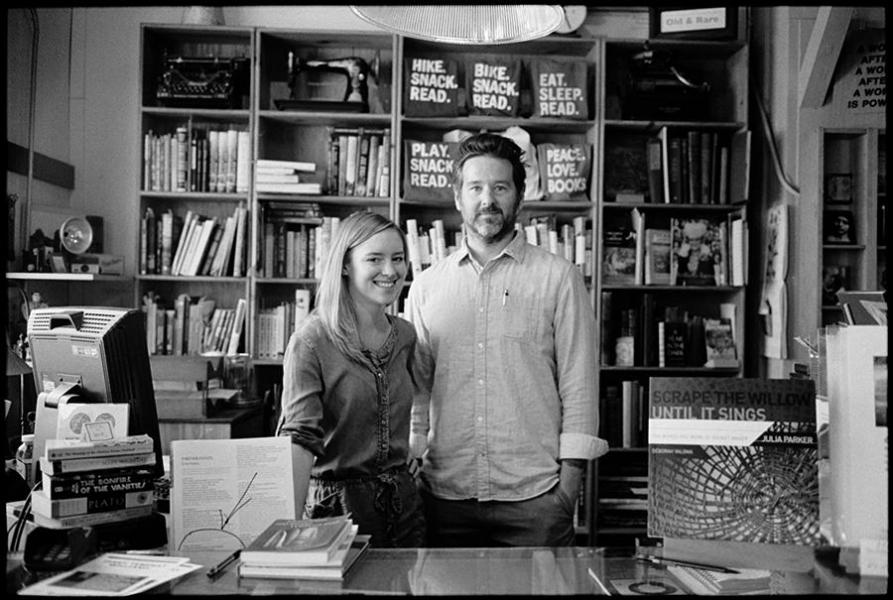 Stephen was a manager and new book buyer at Green Apple Books in San Francisco for nearly ten years. In 2014, he opened and ran Green Apple Books on the Park, the newest branch of the 50-year-old institution. In the middle of his tenure at Green Apple, he spent a year in Champaign-Urbana, Illinois, where he finished graduate school (an MLIS degree from San Jose State) and worked for a non-profit literary publisher, Dalkey Archive Press. Before coming west, Stephen ran a bookstore in Ocean City, New Jersey that was part of a small regional chain along the NJ shore.

Stephen is a member of the steering committee for the Bay Area Book Festival, and serves on the boards of Dorothy, a publishing project, Open Letter Books, and the Center for the Art of Translation. He has served as a juror for various literary prices prizes, including the National Book Award, Best Translated Book Award, the ABA’s Indies Choice Award, and two NEA juries.

His writing has appeared in the Paris Review Daily, Music & Literature magazine, Tin House, BOMB, The Scofield, and elsewhere. He is the editor of a series for Literary Hub about bookselling in the 21st century, and the editor of Ingram Publishing Group’s quarterly poetry newsletter. He is currently writing a book about fog.

Molly worked at Green Apple Books from 2009 to 2012. She went into the job with a lifelong passion for reading and writing, but quickly discovered that, while endless access to books was indeed a dream come true, it’s the people that make bookstores such special places. (Of course, the most special of those people was Stephen.)

When she’s not at the bookstore on Saturdays or bookselling behind-the-scenes at home, Molly is the Programs and Communications Manager at 826 Valencia, a nonprofit organization in San Francisco dedicated to supporting under-resourced students with their writing skills. Since 2012 Molly has worked both in programs and in communications for the organization. She has been the editor of the 826 Quarterly and 642 Big Things to Write About: Young Writer’s Edition, among other titles published by 826 Books.

In 2015, Molly and Stephen were co-organizers of a 24-hour marathon reading of Moby-Dick. Molly has also served as a juror for the Scholastic Art and Writing Awards for young writers, and has led workshops for educators and creative professionals on how to use creative writing to empower youth and build community. She has a BA in Literature/Writing from UC San Diego. 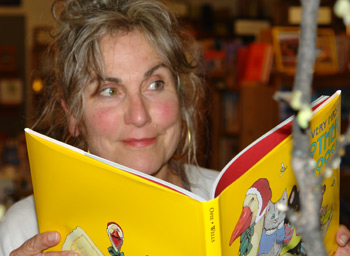 Lisa has worked at Point Reyes Books almost every Friday for six years. In the early years of Lisa's literary life, she found a small home on the prairie with Half Pint and traveled the high seas with Pippi and Captain Longstocking. She eventually jumped ship and found herself along side Wonapalei on the Island of the Blue Dolphins. As a young teenager, she sleuthed with Nancy Drew. Her world really took a turn when she found Scout Finch in Macon County. Lisa returned to LA, where she realized that even cowgirls get the blues. She eventually made her made her way north, landing in Inverness. When she’s not storytelling, painting, and puttering in her studio, she is reading, still. 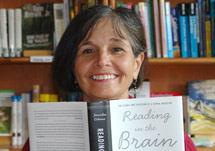 Dawn has worked in independent bookstores for most of her adult life, starting in Del Mar, California while raising her children.  After moving to Marin, Dawn worked at Cottage Bookshop and became the manager of Indian Valley Colleges Bookstore. Attending college while working full time, she eventually graduated with an English major from San Francisco State just months before her oldest son graduated high school. Dawn owned a stationery store before returning to the book world, with stints at Book Passage and Oliver's Books, both in Marin County. Working with Steve and Kate at Point Reyes Books, along with the sense of community she experiences in Point Reyes inspires her every day. 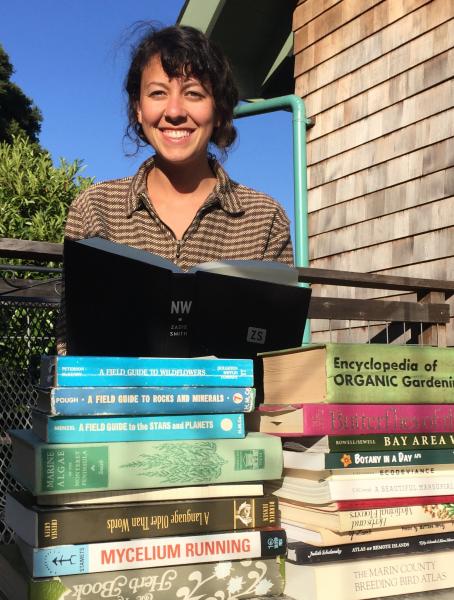 Noelle has been falling asleep with a book on her face since she met The Little Fur Family. She recently graduated from Wesleyan University with a degree in earth and environmental science and moved to West Marin from New England. She is excited to now have the time to dive into the literary world while awake too. When she's not at Point Reyes Books, you may also find her working at CLAM in Pt. Reyes Station, gardening in Marshall, or making ceramics in Inverness. She hopes to one day create a prototype for the eagerly anticipated device that will enable simultaneous knitting and reading. 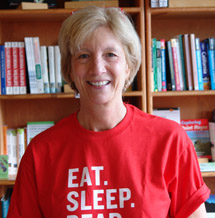 Helen has loved books since childhood. In the mid 80’s she decided that what really “fed her soul” was being around books. She opened and operated Cheshire Cat Books in Sausalito, California from 1989 to 1999, and worked for several independent booksellers ever since. She joined Point Reyes Books in 2006.