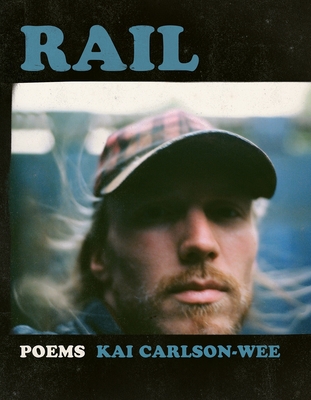 Set against a landscape of rail yards and skate parks, Kai Carlson-Wee's debut collection captures a spiritual journey of wanderlust, depression, brotherhood, and survival. These poems--a "verse novella" in documentary form--build momentum as they travel across the stark landscapes of the American West: hopping trains through dusty prairie towns, swapping stories with mystics and outlaws, skirting the edges of mountains and ridges, heading ever westward to find meaning in the remnants of a ruined Romantic ideal. Part cowboy poet, part prophet, Carlson-Wee finds beauty in the grit and kinship among strangers along the road.

Kai Carlson-Wee is the author of Rail (BOA, 2018). He has received fellowships from the MacDowell Colony, the Bread Loaf Writers' Conference, the Sewanee Writers' Conference, and his work has appeared in Ploughshares, Best New Poets, TriQuarterly, Gulf Coast, and The Missouri Review, which awarded him the 2013 Editor's Prize. His photography has been featured in Narrative Magazine and his poetry film, Riding the Highline, received jury awards at the 2015 Napa Valley Film Festival and the 2016 Arizona International Film Festival. With his brother Anders, he has co-authored two chapbooks, Mercy Songs (Diode Editions) and Two-Headed Boy (Organic Weapon Arts), winner of the 2015 Blair Prize. A former Wallace Stegner Fellow, he lives in San Francisco and is a lecturer at Stanford University.