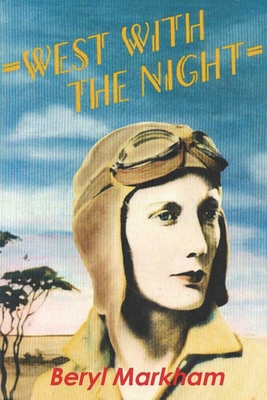 West With the Night is the 1942 memoir by Beryl Markham, chronicling her experiences growing up in Kenya in the early 1900s, leading to a career as a bush pilot there. The author describes growing up in an Africa that no longer exists, training and breeding race horses, flying mail to Sudan, and being the first woman to fly the Atlantic from east to west.

When Markham decided to take on the Atlantic crossing, no pilot had yet flown it non-stop. Markham became the first woman to cross the Atlantic east-to-west solo, and the first person to make it from England to North America non-stop. She was celebrated as an aviation pioneer. Markham chronicled her many adventures in this memoir. After living for many years in the United States, Markham moved back to Kenya in 1952, becoming for a time the most successful horse trainer in the country.