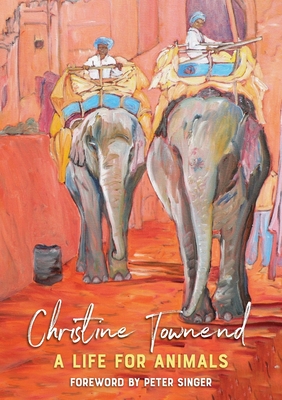 A Life for Animals is the story of a life devoted to a radical idea: that animals should be treated with dignity and respect.

Christine Townend founded Animal Liberation Australia in 1976 after reading Peter Singer's book of the same name. Despite a largely indifferent and sometimes hostile public, she campaigned relentlessly to raise awareness of animal welfare and to build the movement's momentum in Australia.

In 1990, weary of Australian politics, she accepted an invitation to visit a small, run-down animal shelter in Rajasthan. There she encountered shocking human and animal suffering - but also the extraordinary power of human and animal interaction. As she edged her way into the life of the shelter, she found herself unexpectedly attached: to the animals, to her colleagues, and to India.

A Life for Animals is Townend's account of this journey. She records the successes and challenges of animal welfare work, the critical moments that have shaped her philosophy, and the profound personal and political consequences of sharing a life with animals.