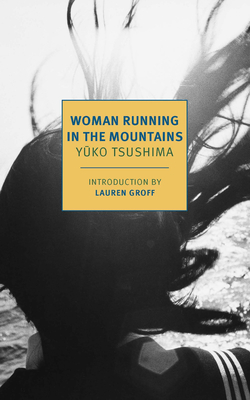 Set in 1970s Japan, this tender and poetic novel about a young, single mother struggling to find her place in the world is an early triumph by a modern Japanese master.

Alone at dawn, in the heat of midsummer, a young woman named Takiko Odaka departs on foot for the hospital to give birth to a baby boy. Her pregnancy, the result of a brief affair with a married man, is a source of sorrow and shame to her abusive parents. For Takiko, however, it is a cause for reverie. Her baby, she imagines, will be hers and hers alone, a challenge that she also hopes will free her. Takiko’s first year as a mother is filled with the intense bodily pleasures and pains that come from caring for a newborn. At first she seeks refuge in the company of other women—in the hospital, in her son’s nursery—but as the baby grows, her life becomes less circumscribed as she explores Tokyo, then ventures beyond the city into the countryside, toward a mountain that captures her imagination and desire for a wilder freedom.

Yūko Tsushima (1947–2016) is considered one of the most important Japanese writers of her generation. She is best known for her novel Mountain of Fire and her short-story collection The Shooting Gallery. Much of her work is influenced by the oral epics and tales of pre-modern Japan, as well as her own experience as a single mother. Her father was the famous Japanese writer Osamu Dazai, who committed suicide when Tsushima was only a year old. Her work has been translated into over a dozen languages.

Geraldine Harcourt (1952–2019) was a translator of modern Japanese literature. Born in Auckland, New Zealand, Harcourt lived in Japan for much of her life. There, she developed a close working relationship with Tsushima and translated five works by the author, including Territory of Light and The Shooting Gallery.

Lauren Groff is the author of the novels Arcadia, The Monsters of Templeton, and Fates and Furies, and two short story collections, Delicate Edible Birds and Florida. She is a two-time National Book Award nominee and was a 2018 Guggenheim Fellow. She lives in Gainesville, Florida.

"Recently reissued in English translation, Woman Running in the Mountains is a collaboration between two remarkable women. Author Yūko Tsushima . . . and the highly-regarded translator Geraldine Harcourt. . . For a reader who is also a mother, Takiko’s experiences are notably familiar, even from the perspective of an Anglo-American four decades after the novel’s original publication." —Alison Fincher, Asian Review of Books

"Takiko represents a vision of a future generation of Japanese women: independent, intuitive, autonomous. Whether or not she succeeds is – unfortunately for Takiko herself – beside the point; Tsushima is making a broader argument for the capacity and rights of women to surpass the roles historically determined for them. . . a smooth read: Tsushima’s style is clear and direct. . . . A deserved classic and one that will hopefully with this reissue garner a wider English-speaking audience." —Bookmunch

"Yuko Tsushima was a prolific writer, known for her stories that center on women striving for survival and dignity outside the confines of patriarchal expectations. Even after her passing in 2016, Tsushima’s literary legacy continues. . . Groundbreaking in content and style, Tsushima authored more than 35 novels, as well as numerous essays and short stories." —Kris Kosaka, Japan Times

"The book’s quotient of plainspoken to sensuous lines is remarkably even. . . What gives the narrative its propulsive quality are its dreamlike, almost mystical sequences." —Rhoda Feng, Minneapolis Tribune

"The loneliness of modern existence tinged with a hopeful melancholy... [Yuko Tsushima] deserves to be much more widely known outside Japan." —Iain Maloney, Japanese Times

“This book is about calming the demons that pursue women who seek their own way, and about the triumphant superiority of feminine intuition.” —Susan Cheever, Los Angeles Times

“The author of over 35 novels and countless short stories and essays, Tsushima left behind a stunning legacy of stylistically inventive and lyrically fierce prose that continually featured individuals pushed to the edges of society.” —The Japan Times

“Woman Running in the Mountains captures the private intensity of early motherhood like none other. Everyone should read Tsushima, a fierce marvel of a writer, who seems to write to us at once from the past and the future.” —Rivka Galchen