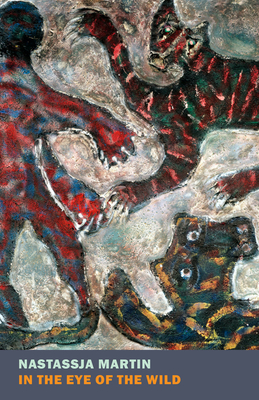 In the Eye of the Wild is an intense and vivid account of a bear attack in remote Siberia that transcends the genre to become something much more consequential than a memoir of recovery. Martin, an anthropologist who studies human-animal interactions, takes this deeply traumatic incident and uses it as a lens through which to interrogate her own obsessions and assumptions about identity, nature, and the permeability of borders between human and non-human animals. Written in feverishly lyrical prose, this is a book that will haunt you long after you've finished.

After enduring a vicious bear attack in the Russian Far East's Kamchatka Peninsula, a French anthropologist undergoes a physical and spiritual transformation that forces her to confront the tenuous distinction between animal and human.

In the Eye of the Wild begins with an account of the French anthropologist Nastassja Martin’s near fatal run-in with a Kamchatka bear in the mountains of Siberia. Martin’s professional interest is animism; she addresses philosophical questions about the relation of humankind to nature, and in her work she seeks to partake as fully as she can in the lives of the indigenous peoples she studies. Her violent encounter with the bear, however, brings her face-to-face with something entirely beyond her ken—the untamed, the nonhuman, the animal, the wild. In the course of that encounter something in the balance of her world shifts. A change takes place that she must somehow reckon with.

Left severely mutilated, dazed with pain, Martin undergoes multiple operations in a provincial Russian hospital, while also being grilled by the secret police. Back in France, she finds herself back on the operating table, a source of new trauma. She realizes that the only thing for her to do is to return to Kamchatka. She must discover what it means to have become, as the Even people call it, medka, a person who is half human, half bear.

In the Eye of the Wild is a fascinating, mind-altering book about terror, pain, endurance, and self-transformation, comparable in its intensity of perception and originality of style to J. A. Baker’s classic The Peregrine. Here Nastassja Martin takes us to the farthest limits of human being.

Nastassja Martin is a French author and anthropologist who has studied the Gwich-in people of Alaska and the Even people of the Kamchatka Peninsula. Along with In the Eye of the Wild, she has written Les Âmes sauvages: Face à l’Occident, la résistance d’un peuple d’Alaska, for which she received the Prix Louis Castex of the French Academy.

Sophie Lewis is an editor and a translator from French and Portuguese. She has translated works by Stendhal, Jules Verne, Marcel Aymé, Violette Leduc, Emmanuelle Pagano, and João Gilberto Noll, among others. Her translation of Noémi Lefebvre’s Blue Self-Portrait was short-listed for both the Scott Moncrieff Prize and the Republic of Consciousness Prize in 2018. She lives in London.

"I have work to do, but still I can’t put down Nastassja Martin’s In the Eye of the Wild" —Jessa Crispin, The Spectator

“In the Eye of the Wild is Martin’s haunting, genre-defying memoir of the year that followed [her attack], though in Sophie R. Lewis’s elegant translation from the French, it becomes clear that ‘memoir’ is another word that doesn’t quite fit this slender yet expansive book. . . What Martin describes in this book isn’t so much a search for meaning as an acceptance of its undoing.” —Jennifer Szalai, The New York Times Book Review

“Martin’s narrative, with the bones of a personal essay and the lift of a prose poem . . . hunts for beauty in what remains occluded and apart. The result is heady and obsessive, as Martin smashes again and again against the limits of what anyone can know: What is a self? What is ‘the other’? . . . . Just how precious or sacred are you, really, if a bear can suddenly rip off part of your head?” —Katy Waldman, The New Yorker

“Stunning. . . With exquisite prose and sharp observations, Martin reveals how curiosity can uncover the most vivid aspects of the human condition. This is a profound look at the violence and beauty of life.” —Publishers Weekly, starred review

“[A] slim, stirring book. . . Despite the harrowing experience at its core, In the Eye of the Wild couldn’t be further from a conventional survival memoir. . . Martin sets out to transcend familiar modes in order to let the terrible strangeness of her experience speak.” —Nathan Goldman, The Baffler

“Martin returns obsessively to her violent encounter, struggling to make sense of it. In the Eye of the Wild is a thrilling story of survival, reminiscent of Artaud and Michaux, poised at the brink of the abyss.” —Le Monde des Livres

“A staggering book of metamorphoses, a hybrid of anthropology and literature, In the Eye of the Wild is both the record of an interior journey and an invitation to the reader to see the world in another way altogether.” —L’Humanité

“Beautifully gruesome. . . A fascinating, ambitious exploration of animism—the border between human and animal—and how she sees her encounter with the bear as a manifestation of a breakdown. . . The book represents both a collapse and a rebuilding. The language, in Sophie R Lewis’s elegant translation, is often seductive.” —John Self, The Guardian

“[In the Eye of the Wild is] composed in lucid, compressed prose. Straddling the visceral and the cerebral, the book is at once a riveting memoir of a life-altering encounter with a wild animal and a heady exploration of borders and liminality; the self as it interacts with, and absorbs some part of, the other; and the limits of anthropology as a method of understanding all of this. . . . Captivating and eminently readable.” —Megan Milks, 4Columns

“A gripping, thoughtful look at nature, and what happens when it turns hostile.” —InsideHook