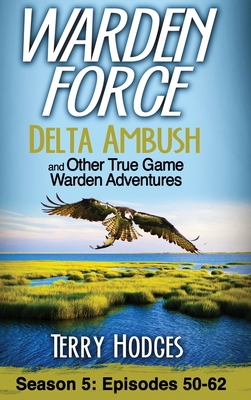 This is not a novel. This book, like the other eight books of the WARDEN FORCE series, is a collection of short stories, all true, the fascinating and often harrowing experiences of real game wardens pursuing armed violators in wild and remote places. TV shows such as JOE PICKETT (Spectrum/Paramount+), WILD JUSTICE (National Geographic), NORTH WOODS LAW (Animal Planet) and LONE STAR LAW (Animal Planet) introduced the public to the real-life adventures of game wardens and conservation officers, a public hungry for more. And now, for readers, the WARDEN FORCE series provides the most exhaustive and comprehensive work in literature on this little known and often dangerous profession.

Award winning author Terry Hodges was himself a California State Fish and Game warden and supervisor/leader of game wardens for over 30 intense years. He writes with the authority possible only by those who have actually lived the life, who have actually packed a badge and a gun on behalf of wildlife and battled all manner of wildlife-destroying outlaws.