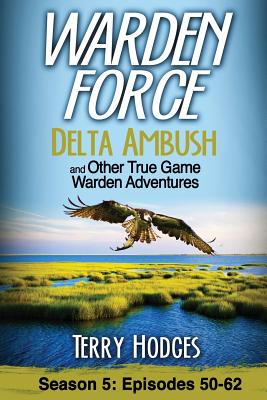 A collection of 13 award winning short stories concerning the true adventures of California Fish and Game Wardens and the wildlife-destroying outlaws they pursue. These stories illustrate the wide variety of wildlife-related problems wardens face in California, which has a greater diversity of wildlife and wildlife habitat than any other state and is second only to Alaska in its vast expanses of wilderness.

Uncatchable Chick Feathers - A clever deer-poaching archer, widely considered to be too smart to catch, meets an old-time game warden who disagrees.

Incident at Killer Cove - Armed killers on the run tangle with game wardens on the prowl.

Sooner or Later - An outlaw falconer outsmarts a new and inexperienced game warden. A year later, he's not so lucky.

Leo's Demise - One man dies before wardens deal with an African lion, a grown pet gone rogue, in the suburbs of Los Angeles.

A Matter of Preference - Wardens attempting to ambush season-jumping commercial lobster fishermen get a big surprise.

The Honest to God Truth - An honest mistake and a white-knuckle, midnight vehicle tail through Long Beach yields a surprise and an important arrest.

Raid of the Stockton Airborne - Did they or didn't they? Wardens from the sky? A day for mass-killing duck poachers does not end well.