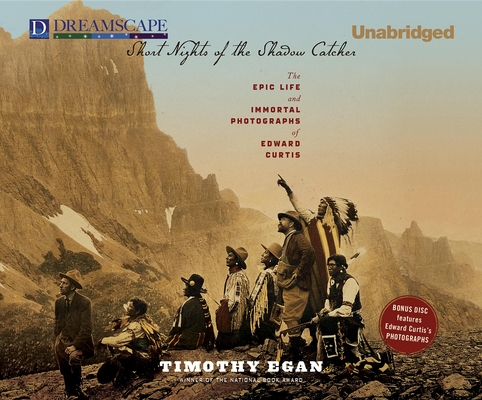 At once an incredible adventure narrative and a penetrating biographical portrait, Egan's book tells the remarkable untold story behind Edward Curtis's iconic photographs, following him throughout Indian country from desert to rainforest as he struggled to document the stories and rituals of more than eighty tribes. Even with the backing of Theodore Roosevelt and J.P. Morgan, it took tremendous perseverance. The undertaking changed him profoundly, from detached observer to outraged advocate. He would die penniless and unknown in Hollywood just a few years after publishing the last of his twenty volumes. But the charming rogue with the grade-school education had fulfilled his promise - his great adventure succeeded in creating one of America's most stunning cultural achievements.

Timothy Egan is a Pulitzer Prize winning reporter and the author of six books, most recently The Big Burn, a New York Times bestseller and winner of the Pacific Northwest Booksellers Award and the Washington State Book Award. His previous books include The Worst Hard Time, which won a National Book Award and was named a New York Times Editors' Choice. He is a third-generation Westerner and lives in Seattle. READER BIODavid Drummond has made his living as an actor for over twenty-five years, appearing on stages large and small throughout the country. He has narrated over thirty audiobooks in genres ranging from current political commentary to historical nonfiction and thrillers to humor. He received an AudioFile Earphones Award for his first audiobook, Love 'Em or Lose 'Em: Getting Good People to Stay. When not narrating, David keeps busy writing plays and stories for children.