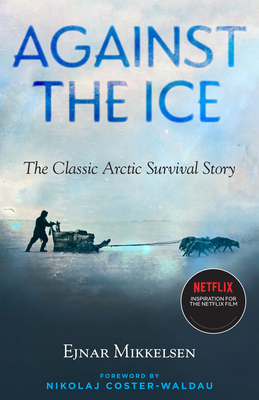 The harrowing, amazing, and often amusing personal account of two mismatched Arctic explorers who banded together to keep themselves sane on an historic expedition gone horribly wrong

Ejnar Mikkelsen was devoted to Arctic exploration. In 1910 he decided to search for the diaries of the ill-fated Mylius-Erichsen expedition, which had set out to prove that Robert Peary’s outline of the East Greenland coast was a myth, erroneous and presumably self-serving. Iver Iversen was a mechanic who joined Mikkelsen in Iceland when the expedition’s boat needed repair.

Three years of this, coupled with seemingly no hope of rescue, would drive most crazy, yet the two retained both their sanity as well as their humor.

Indeed, what may have saved them was their refusal to become as desolate as their surroundings…

Nikolaj Coster-Waldau, who co-adapted the book into a screenplay, provides a new foreword to this brand-new edition of the classic exploration memoir, which was one of The Explorer's Club’s 100 Best Books of the 20th Century.

Originally published as Two Against the Ice: A Classic Arctic Survival Story and a Remarkable Account of Companionship in the Face of Adversity. Translated from the Danish by Maurice Michael.

Ejnar Mikkelsen (1880-1971) was a veteran of expeditions to Arctic Greenland, Siberia, and Alaska before directing the ill-fated Alabama expedition. Following that ordeal, Mikkelsen continued to lead expeditions to the "earthly paradise" of Greenland in 1925 and 1932. He made his final trip to that same stretch of inhospitable coast in 1964; by this time Greenlanders were addressing him affectionately as “Grandfather.” Nikolaj Coster-Waldau is a Danish actor and producer who co-adapted Mikkelsen’s classic Arctic survival story into the Netflix feature film in which he also stars. Widely known for his work on Game of Thrones, Coster-Waldau is a UNDP Goodwill Ambassador, drawing public attention to issues such as gender equality and climate change.


"Readers will be amazed and amused by the way the two explorers keep their spirits about them and downplay the terrifying dangers as though it were all in good fun. Fascinating and fun reading."
-- Booklist


"Mikkelsen is an artisan of cold places, and if his labors are mighty and consuming, they are also of love."
-- Kirkus Reviews