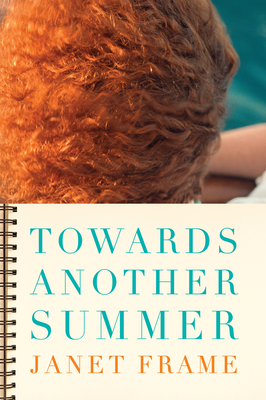 "Self–styled" writer Grace Cleave has writer's block, and her anxiety is only augmented by her chronic aversion to leaving her home, to be "among people, even for five or ten minutes." And so it is with trepidation that she accepts an invitation to spend a weekend away from London in the north of England. Once there, she feels more and more like a migratory bird, as the pull of her native New Zealand makes life away from it seem transitory. Grace longs to find her place in the world, but first she must learn to be comfortable in her own skin, feathers and all.

From the author of the universally acclaimed An Angel at My Table comes an exquisitely written novel of exile and return, homesickness and belonging. Written in 1963 when Janet Frame was living in London, this is the first publication of a novel she considered too personal to be published while she was alive.

Janet Frame (1924 - 2004) was one of New Zealand's most distinguished writers. She is best known for An Angel at My Table, which the Sunday Times of London called "one of the great autobiographies written in the twentieth century," and inspired Jane Campion's internationally acclaimed film. Throughout her long career, Frame received a wide range of awards, including every literary prize for which she was eligible in New Zealand, honorary membership in the American Academy of Arts and Letters, and the Commonwealth Writers' Prize for Literature.

"In this deeply personal novel of exile and loneliness, Janet Frame proves the master of nostalgia, beauty, and loss. Frame is, and will remain, divine."
—Alice Sebold

"Like every writer worth remembering, Frame exploits—or creates on the page, to be absolutely puristic about it—her peculiar sensibility, her private window into the universal." —The New York Times Book Review

"Frame has been compared with Katherine Mansfield and Virginia Woolf. I am more often reminded of Jean Rhys, similarly distanced from her homeland in the West Indies, with an artistic viewpoint that may seem skewed by its own sensitivity but is, in fact, courageously clear–sighted." —Telegraph (London)