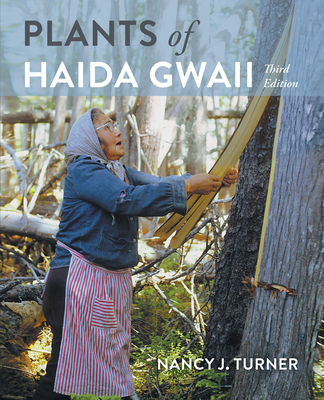 For many thousands of years the lands and waters of Haida Gwaii have been home to the Haida. Plants of Haida Gwaii, written with the cooperation and collaboration of Haida knowledge holders and botanical experts, is a detailed and insightful record of the traditional uses of over 150 species of native plants. Moreover, it explains the systems of knowledge and understanding that enabled the Haida to use the resources of their islands sustainably from one generation to the next over millennia.

The Haida names of these plants indicate their importance, as do the many narratives featuring them. From the ts'uu--massive western red-cedars--of the forests which provide wood used for canoes, house posts, poles and boxes, and bark carefully harvested for weaving mats, baskets and hats, to the ngaal--tough, resilient fronds of giant kelp--used to harvest herring eggs, the botanical species used by the Haida are found from the ocean to the mountain tops, and are as important today as ever before. With over 250 photographs and illustrations, this book is both beautiful and informative.