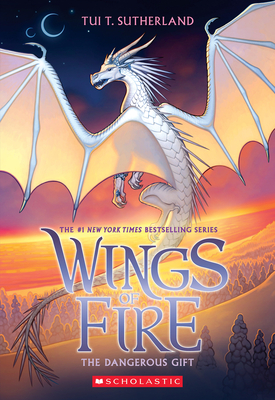 The #1 New York Times and USA Today bestselling Wings of Fire series brings all ten dragon tribes together at last -- but one queen is certain that her kingdom will only be safe on their own, behind a wall of ice.

Snowfall didn't expect to be queen of the IceWings at such a young age, but now that she is, she's going to be the best queen ever. All she has to do is keep her tribe within IceWing territory, where it's safe -- while keeping every other tribe out, where they belong.

It's a perfect and simple plan, backed up by all the IceWing magic Snowfall can find. That is, until a storm of unidentified dragons arrives on her shore, looking for asylum.

The foreigners are completely strange and, Snowfall is certain, utterly untrustworthy. But as she escorts the miserable new tribes out of her kingdom, Snowfall is forced to reconsider her plan. Maybe she can only keep her tribe safe . . . if she's willing to risk everything.