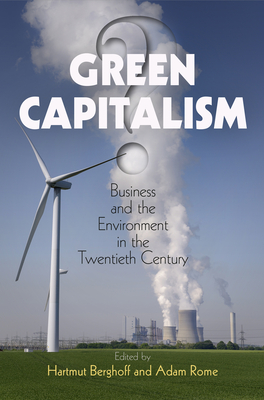 At a time when the human impact on the environment is more devastating than ever, business initiatives frame the quest to green capitalism as the key to humanity's long-term survival. Indeed, even before the rise of the environmental movement in the 1970s, businesses sometimes had reasons to protect parts of nature, limit their production of wastes, and support broader environmental reforms. In the last thirty years, especially, many businesses have worked hard to reduce their direct and indirect environmental footprint. But are these efforts exceptional, or can capitalism truly be environmentally conscious?

Green Capitalism? offers a critical, historically informed perspective on building a more sustainable economy. Written by scholars of business history and environmental history, the essays in this volume consider the nature of capitalism through historical overviews of twentieth-century businesses and a wide range of focused case studies. Beginning early in the century, contributors explore the response of business leaders to environmental challenges in an era long before the formation of the modern regulatory state. Moving on to midcentury environmental initiatives, scholars analyze failed business efforts to green products and packaging--such as the infamous six-pack ring--in the 1960s and 1970s. The last section contains case studies of businesses that successfully managed greening initiatives, from the first effort by an electric utility to promote conservation, to the environmental overhaul of a Swedish mining company, to the problem of household waste in pre-1990 West Germany. Ranging in geographic scope from Europe to the United States, Green Capitalism? raises questions about capitalism in different historical, sociocultural, and political contexts.