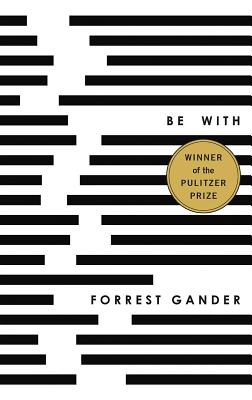 WINNER OF THE 2019 PULITZER PRIZE IN POETRY

LONGLISTED FOR THE 2018 NATIONAL BOOK AWARD

Forrest Gander’s first book of poems since his Pulitzer finalist Core Samples from the World: a startling look through loss, grief, and regret into the exquisite nature of intimacy

Drawing from his experience as a translator, Forrest Gander includes in the first, powerfully elegiac section a version of a poem by the Spanish mystical poet St. John of the Cross. He continues with a long multilingual poem examining the syncretic geological and cultural history of the U.S. border with Mexico. The poems of the third section—a moving transcription of Gander’s efforts to address his mother dying of Alzheimer’s—rise from the page like hymns, transforming slowly from reverence to revelation. Gander has been called one of our most formally restless poets, and these new poems express a characteristically tensile energy and, as one critic noted, “the most eclectic diction since Hart Crane.”

FORREST GANDER lives in northern California and has published books of poems, translations, and essays. He has won numerous awards, including the Pulitzer Prize for Be With, and the Best Translated Book Award, as well as fellowships from the Library of Congress, the Guggenheim Foundation, and United States Artists.

Gander’s verses have a shattering, symphonic quality, but he uses poetry to locate and dislocate at once, pushing against the borders of meaning or pitching his camp where language estranges itself from sense. There are dazzling fragments, unraveling syntax, poems that, in their ghostliness, also force us to be alert to our own fragile lives.
— Tess Taylor - New York Times Book Review

Be With charts the addled chronology of personal loss. Poetry often creates a supernatural-seeming rapport with the dead, but rarely has the communication between worlds felt so eerily reciprocal.

Utterly naked and bereft, elegies, apologies, could-have-beens, Gander grieves and wonders about what's left in his life. Reading this book may hurt, but it will help people to keep living through what they thought they could never survive.
— Craig Morgan Teicher - NPR

If Gander’s philosophical strain and flamboyant lingo suggest Wallace Stevens, and his conversance with science and his stress on the ‘ongoing’ recall A. R. Ammons, he insinuates a knotty, digressive intensity that is fully his own.
— Bookforum

Gander’s love for formal, even archaic language and the quiet complexity of his syntax can build striking abstract landscapes in which the material and spiritual worlds seem equally intelligent.
— American Poetry Review

Written in the wake of this loss, Be With breaks form to render Gander’s own brokenness, leaving gaps in the middle of lines and channeling St. John of the Cross. Gander explores his own dark night of the soul—and, as a poet particularly concerned with ecology, the dark night of our natural world.

Gander does not turn away from grief but dives into its awful and cathartic cascading beauty that wavers between gravity and weightlessness.
— Arkansas International