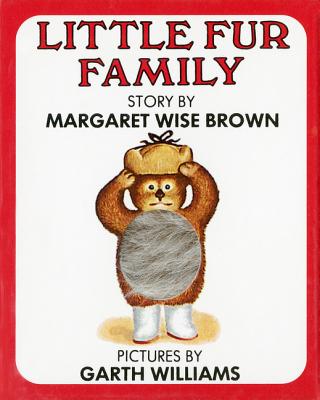 Cuddle up with this miniature edition of the timeless, beloved classic from Margaret Wise Brown and Garth Williams! The entire book is bound in soft and cozy imitation fur and packaged in a keepsake box!

Little Fur Family tells the story of a little fur child's day in the woods with his family. The day ends when his big fur parents tuck him in bed "all soft and warm," and sing him to sleep with a lovely bedtime song.

Margaret Wise Brown, cherished for her unique ability to convey a child’s experience and perspective of the world, transformed the landscape of children’s literature with such beloved classics as Goodnight Moon and The Runaway Bunny. Other perennial favorites by Ms. Brown include My World; Christmas in the Barn; The Dead Bird; North, South, East, West; and Good Day, Good Night.