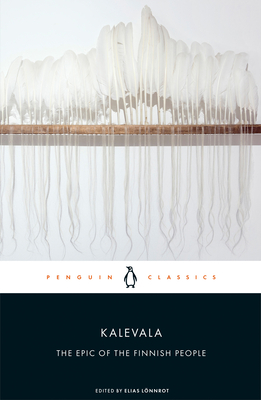 The great epic poem of Northern Europe, born deep in the heart of ancient Karelian forests

Sharing its title with the poetic name for Finland--"the land of heroes"--Kalevala is the soaring epic poem of the Finnish people. Born of an ancient tradition of folklore and song, Kalevala is a work rich in magic, cosmic mystery and myth, presenting a story of a people through the ages, from the dawn of creation. Sung by rural Finns since prehistoric times, and formally compiled by Elias Lönnrot in the nineteenth century, it is a landmark of Finnish culture and it played a vital role in galvanizing Finland's national identity in the decades leading up to independence. And yet its tales of tragedy and triumph, adventure and ambition, hope, lust, death and birth, reach far beyond the region's borders, searching the heart of human existence.

Eino Friberg (1901-995) was a Finnish-born American author, noted for his 1989 translation the Kalevala.