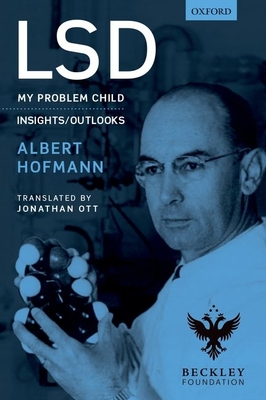 Albert Hofmann, who died in 2008 aged 102, first synthesized lysergic acid diethylamide (LSD) in 1938, but the results of animal tests were so unremarkable that the chemical was abandoned. Driven by intuition, he synthesized it again in 1943, and serendipitously noticed its profound effects on
himself. Although his work produced other important drugs, including methergine, hydergine and dihydroergotamine, it was LSD that shaped his career. After his discovery of LSD's properties, Hofmann spent years researching sacred plants. He succeeded in isolating and synthesizing the active compounds in the Psilocybe mexicana mushroom, which he named psilocybin and psilocin. During the 60s, Hofmann struck up friendships with personalities such as
Aldous Huxley, Gordon Wasson, and Timothy Leary. He continued to work at Sandoz until 1971 when he retired as Director of Research for the Department of Natural Products. He subsequently served as a member of the Nobel Prize Committee, and was nominated by Time magazine as one of the most
influential figures of the 20th century. In 2007, Albert Hofmann asked Amanda Feilding if she could publish his Problem Child, and shortly before his death he approved a new and updated translation of his autobiography (first published by McGraw Hill in 1979). It appears here for the first time in print.