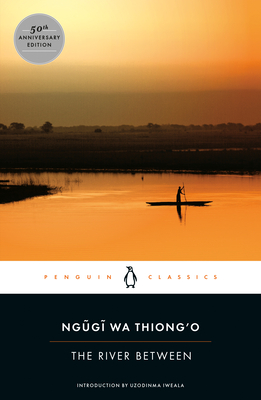 This is book number 4 in the Penguin African Writers Series series.

A legendary work of African literature, this moving and eye-opening novel lucidly captures the drama of a people and culture whose world has been overturned. The River Between explores life in the mountains of Kenya during the early days of white settlement. Faced with a choice between an alluring new religion and their own ancestral customs, the Gikuyu people are torn between those who fear the unknown and those who see beyond it.

NGUGI WA THIONG’O is an award-winning novelist, playwright, and essayist from Kenya whose novels have been translated into more than thirty languages. He is Distinguished Professor of English at the University of California, Irvine. He lives in Irvine, California.

UZODINMA IWEALA is the author of the award-winning novel Beasts of No Nation and is one of Granta’s Best Young American Novelists. He lives in Lagos, Nigeria, and New York City.

“One of the greatest writers of our time.” —Chimamanda Ngozi Adichie, The Guardian

“His novels . . . have been deservedly canonized by the iconic [Penguin Classics] series.” —The Wall Street Journal

“Beautifully compact . . . It takes its reader on a journey out of the colonial matrix and into the world of the real, showing us life reclaimed in all its complexity from the simplifying template of colonialism. . . . It has an undeniable power.” —Uzodinma Iweala, from the Introduction

“It has the rare qualities of restraint, intelligence and sensitivity.” —The Times Literary Supplement

“A sensitive novel about the Gikuyu in the melting pot that sometimes touches the grandeur of tap-root simplicity.” —The Guardian