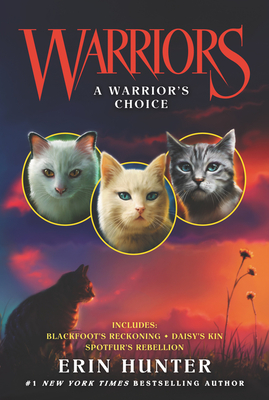 Discover untold stories about three cats of the warrior Clans: a ShadowClan leader’s path to redemption; a ThunderClan cat forced to choose between her past and future; and a young warrior’s choice to defy her leader for the good of all five Clans.