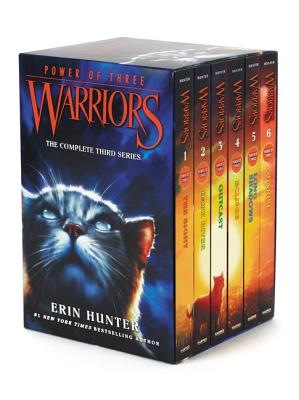 This box set includes all six books in the third Warriors series, and is perfect for the collections of longtime Erin Hunter fans and readers new to the Warriors world.

The wild cat Clans have lived in peace and harmony for many moons, but now strange messages from their warrior ancestors speak of a terrifying new prophecy and a mysterious danger.

The time has come for three young cats of ThunderClan—Hollypaw, Jawpaw, and Lionpaw—to become apprentices. Grandchildren of the great leader Firestar, they possess unusual power and talent. But secrets and uncertainty surround them, and a mysterious prophecy promises trouble to come. The fate of the warrior code rests in the paws of these three apprentices—and all of their strength will be needed for the Clans to survive.