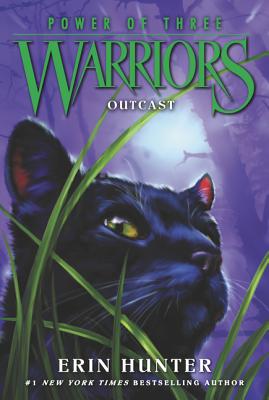 This is book number 3 in the Warriors: Power of Three series.

The third book in this third series, Warriors: Power of Three #3: Outcast, brings more adventure, intrigue, and thrilling battles to the epic world of the warrior Clans.

A secret prophecy shapes the lives of Firestar's grandchildren, and Jaypaw believes that the cats of the ancient Tribe of Rushing Water may hold the key. But when he, Hollypaw, and Lionpaw travel to the Tribe's mountain home, they may discover secrets they never expected.