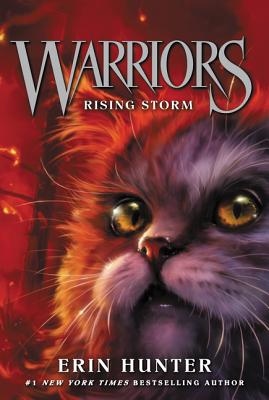 Fireheart’s traitorous enemy Tigerclaw has been vanquished and exiled from ThunderClan—but Fireheart can’t shake the feeling that he is lurking in the forest, waiting for a chance to strike.

In the heat of a blazing summer, Fireheart struggles to handle sinister omens, an apprentice with a shocking secret, and a devastated Clan leader who is a shell of her former self. And as the forest gets hotter and hotter, every cat braces for the coming storm….

“Certain to please any young reader who has ever wondered what dreams of grandeur may haunt the family cat.”
— Publishers Weekly

“[A] fast-moving series. The story is suspenseful; the feline characters are engaging and endowed with authentic cat mannerisms and behaviors.”
— Voice of Youth Advocates (VOYA)